From Sons of the Forest Wiki
Jump to: navigation, search

Items in Sons of the Forest consist of Consumables, collectibles, tools, and weapons. The items listed below are what have been observed in the trailers for Sons of The Forest, on the ArtStation for Rockheart Studios, or mentioned in developer interviews, these items may or may not be available upon the games release:

Whilst walking with special operatives, you can observe the player holding the Axe. It is most likely that this will be the starting weapon for the player due to the similar size as the plane axe in The Forest.

The Shotgun is seen equipped and being held by the player in a short segment of the trailer where they are observing what appears to be a new variation of the Virginia. In other segments of the trailer, the player is using the axe. This may indicate that the player isn’t part of the special ops team and may be a special assistant to the team. It is also shown in one segment of the trailer to being the primary weapon of an operative the player is following into the forest and into a cave. So it is possible that the special ops teams are killed and the player takes their shotgun. The Forest only had one firearm; the Flintlock Pistol; which is considerably less powerful and potent in comparison to a shotgun.

The shotgun will be very powerful and it will have very limited ammo to keep the game melee-focused. This is confirmed in an interview with EndNight.

The Shovel can be seen mounted inside the helicopter in the opening sequence of Trailer 1 and seen used in Trailer 2 for digging. Endnight confirmed its uses in a Q&A with Farket:

21. What is digging with the shovel used for in SotF?
In the trailer the player uses it to find a bunker. We took inspiration from watching The Curse of Oak Island on history channel (at least the commercials, have never watched a full episode), where they seem to always be digging something up. That seemed like a really fun thing to do, find a patch of loose dirt and try and find something cool. Certain traps will also benefit from digging; you can also dig into some cave entrances, and possibly bury bodies if we can get that looking good.

In the original game, The Forest did not allow for digging as the world did not work on voxels/blocks, like that of Minecraft. If it is added, it will be a new feature that could expand the way the player builds their bases.

The Shovel appears to be modelled off of a Dohiker Survival Spade. 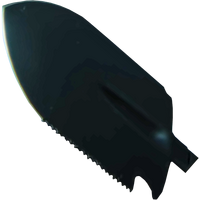 Meal Rations, AKA Meal Ready To Eat (MRE) rations can be seen in the announcement trailer for Sons of the Forest. These may be a possible non-perishable starting food, similar to snacks in The Forest. 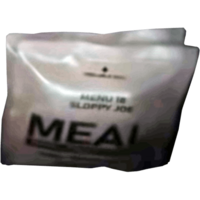 The Guitar is going to be a usable weapon in Sons of The Forest. Endnight confirmed that it was a weapon, and not a prop, and the player could play some riffs on it. This was confirmed during an interview by Farket with Endnight:
4. In the second trailer, a guitar can be seen leaning on the wall of the log cabin in the snow, will players be able to collect props in SotF?
The guitar is usable as a weapon, and our composer Gabe Castro even made some riffs you can play on it.

Sticks are going to be a usable weapon in Sons of The Forest. Towards the end of Trailer 2, the player can be seen holding a stick as a weapon. Whether this is a normal stick, or an upgraded variant similar to that of The Forest is currently unknown. 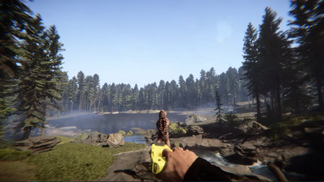 The Taser is going to be a usable weapon in Sons of The Forest. Towards the end of Trailer 2, the player can be seen holding and discharging a Taser at a Fingers Mutant.

The GPS is going to be a usable tool in Sons of The Forest. Near the start of Trailer 2, the play can be seen holding a GPS which the player is using to navigate. This is likely a replacement for the theforest:Map seen in the first game.

We see stronger cannibals (probably the leaders) wearing gold mask's, This identifies them as the leader to other cannibals,

But you can see in the trailer the player can go into a bunker and have access to a 3D printer and prints a mask. Printing a mask will be the replacement for red paint if the cannibals see you have a mask they will think of you as one of the leaders.

The chainsaw is used as a faster method of cutting down trees. However, differently from the first game, it consumes battery charge instead of fuel.

Batteries are used to power electric tools and equipment, such as the chainsaw. They can somehow be charged by building solar panels.

Modern Axe is a place holder for the other axe seen in Trailer 2.

Skulls are decorative objects found in the world and may be collectible to be used in crafting or building.

Resin is used in combination with the 3D printer to make items that are as of yet unknown. Resin will come in different colors, allowing the player to make unique multicolored items.